That's how it goes, right? Either way, I had a gross day yesterday. Nothing too catastrophic (until the very end of the day), but just one of those days where I went to bed ASAP so I  could just start over today. Let's go over it, shall we? Because I think I can laugh at the majority of it now.

It started off pleasantly enough. I met a friend in the town over for a play date. I was excited to venture over there to reminisce. Trey and I used to live in that town and I MISS IS SO SO SO MUCH. I didn't realize just how much until I drove through. I love. 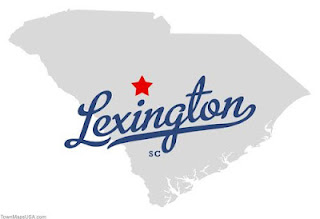 Our play date was great. I love seeing Andrew and Julianne's boy playing together and I can't wait for lots more of that action in the near future. We drove home to have lunch and get ready for nap. I love nap time. That's no secret. Andrew usually does too. But for reasons I guess I'll never know, he refused yesterday. He was so tired. He would fall asleep on my shoulder easily enough, but three times I attempted to lay him down and each time and would scream bloody murder. I angrily gave up and brought him down the stairs, letting him know in my meanest mom voice that he was not to move from the couch for 2 hours. (yeah I know.. it was for dramatic effect.) Of course that only lasted 10 minutes tops. It didn't help that my mom was home for lunch and her and my brother were laughing at me as I'm fuming down the stairs. (really they were laughing at something else, but that's not how I perceived it at the time)

Shortly after the failed nap, my brother said he was taking "my" car to get vacuumed and washed. Fishy. But I say, "as long as your back in an hour". He promised that he would, in fact, be home in an hour. Two hours later he texts me saying he'll be home after he gets a haircut. SAY WHHATTTT?? I text and make two phone calls.. all of which he ignores. Why do I need the car so bad, you ask? Oh nothing fun.. I just have to make sure I get to the grocery store to get supplemental stuff for dinners this week AND make sure I start dinner on time AND deal with a no-nap-Andrew. Fun.

I finally get to Walmart. (The car WAS very clean, btw, but I still suspect there were ulterior motives) Load up the buggy (What? I'm in the South again) and make my way to the cashier after Andrew has been screaming "YOGURT" at me over and over... and over again throughout the store, and a woman yells out of nowhere, "FOUR". I look around.. oh there she is.. is she talking to me? Yes she is apparently. She says four again and I gather that she's telling me to go to aisle 4. I double check to make sure I'm at Walmart and not the Commissary and say, "but I have more than 20 items". I'm a stickler for the rules, y'all. That's when she even more rudely snaps at me again, "FOUR".
Daayyummm, Okay Bia. Looking back, I should have gone to aisle 6 just to spite her, but I'm not that quick on my toes. In reality I had to fight back tears. I'm pregnant and hormonal.. leave me alone. All I ask is that you're nice to me. Is that so hard? She could have said please.

Then I stepped in gum in the parking lot as I'm waiting for Andrew to get into his car seat, which he is determined to do "byyourself" every single time he gets in the car now and it takes at least 5 minutes. You're not allowed to help and he's very proud of himself. He could at least figure out how to buckle the damn thing. But the gum... ughhh.. that alone is enough to ruin a day. AmIRight????

I get home. Make sure Andrew is entertained with paper, crayons, cartoons and his cup of "water juice" (it's just water in reality though). I start dinner and within 5 minutes notice that it's entirely too quiet. Quiet is never a good thing with him. It means he's concentrating way too hard on something because no matter what he's doing.. if it's innocent.. he's always making some kind of special effect noise or talking to himself. I walk in the living room and low and behold, what do I see? My sweet boy coloring all over my parents carpet. Lovely. I don't have time to punish, but I do anyways and get back to dinner. Entertain yourself without coloring kid! When my mom got home and asked what he did, he proudly pointed to his "artwork" and told her he drew a V. Nice. Good thing I cleaned it up before Grampy got home.

Then I needed a recipe online and of course the computer died. Had to dig out the charger and move it to the kitchen, reboot, blah blah blah. Not so bad on a normal day, but that ended up being my, "I can't handle one more thing moment".

But of course, there was one more thing. And this one is a doozy. I noticed that my memory card was running out of space. Needed to clear some up to make room for his birthday party on Saturday. Get some CD's to transfer them to and have to start back at January of this year. Cut and paste January, carefully, little bit at a time, double-checking as I go. Everything is good, so I head to February. The computer gets through half of February and freaks out on me. It gives me some kind of error. I'm not sure what it said, but what it meant was, "You just permanently lost two months worth of pictures!!!" That's when the ugly tears started. My pictures are the one thing I'd run into a burning building for. They were all of my baby and OMG he was still a baby with that chubby face and those small hands! Gone. I left it to my computer whiz brother to figure out and went to bed crying. (He could not find them, btw).

So there you have it. It was all compounded, I'm sure, by the fact that I haven't talked to Trey in a week and a half. That doesn't help.
I still don't have my pictures but today is already better than yesterday purely because Andrew is napping. AND.. and.. I'm getting my hair done tonight. Highlights and all.

Lots of love, Jessica at 12:54 PM Labels: not such a good day
Email ThisBlogThis!Share to TwitterShare to FacebookShare to Pinterest

I'm sorry you had such a rough day! I'm glad today is already better. Hugs!

OMG...this makes ME want to cry!! I'm glad you're having a better day today. I, however, am extremely depressed (despite having seen Magic Mike with Nancy and Sarah today...which did help a little). BUT, we should get to talk to the boys in a couple of days! Surely we can make it that long :} <3 you!

I'm sorry you had such a rough day! At least there were parental/brother shoulders to cry on, right?!? Hope the b-day party is a HUGE success and can't wait to see you all when you get back! Until then, chin up and many hugs!!!

I hate days like that. For me, it seems like it can never just be one bad thing a day. It's like it all happens in one day.

Little frustrations can seem so big when they add up throughout a day. Hope the following days were better, sweetie!